Nonlinear optics gives rise to a lot of interesting phenomena like frequency mixing, the optical Kerr effect, the Raman effect, and many others. With the advent of metamaterials, (nonlinear) optical properties can nowadays be tuned, controlled, and designed, allowing for the exploration of new physics. In this article, the fluctuations of the electromagnetic field in the presence of such materials are investigated.

In this article, fluctuational electrodynamics is adapted to describe also objects with nonlinear optical response, including the amendment of the noise (so called Rytov currents). Most notably, electric currents fluctuating because of noise and induced currents due to incident waves become coupled, giving rise to new phenomena. As an example, the Casimir force between two plates with nonlinear optical properties is computed, which has a different distance dependence at close proximity compared to the linear case.

The Dresden Training for the International nanoCar race (Vol. 48 No. 2)

To prepare its participation to the first international nano-car race in Toulouse (France) Spring 2017, the Dresden Team exercised on the Toulouse LT-UHV 4-STM reconfigured for the race with 4 independent controllers (one per scanning tunneling microscope (STM)). An Au(111) surface was prepared over a full gold substrate. A 90 nm long race track with two turns was selected on this surface following the rules (www.cemes.fr/Molecule-car-Race). The Dresden windmill molecule-vehicles were deposited in ultrahigh vacuum conditions, imaged, and manipulated by any one of the 4 tips on race track reaching a 5 nm per hour driving speed,-including the STM image recording after each driving bias voltage pulse. Strategies for a safe and fast driving were established by the Dresden team along the Au(111) surface fcc rafter together with the possibility to repair crashed molecules, for example during the negotiation of a turn. The teams registered for the nano-car race will benefit from this atomic-scale, single-molecule-vehicle driving experience to improve their own driving strategy.

Functional Multiplex PageRank: the centrality is a function (Vol. 48 No. 2)

Multiplex networks are formed by a set of nodes connected by different types of interactions. The centrality of a node in a multiplex network depends on the influence one attributes to different types of connections. For example consider a multiplex of two layers formed by Lufthansa and British Airways flights. If we attribute maximum influence to Lufthansa flights Frankfurt airport is more central than Heathrow airport while the opposite is true if we attribute maximum influence to British Airways flights. The Functional Multiplex PageRank combines this information through a paradigmatic shift: the centrality of a node is not a single number but an entire function associated to the relevance given to the different types of connections. For each node it allows to characterize which types of connections contribute the most to its centrality. Interestingly the correlations between the Functional Multiplex PageRank of different nodes reveal the similarity in the role of the nodes.

Pattern formation in nonequilibrium systems has been extensively investigated in physical and chemical systems as well as for biological morphogenesis, since the seminal study by Alan Turing: How perturbations to uniform, stationary states are amplified to form a spatially periodic pattern is thoroughly understood with extensive experimental demonstrations. In contrast to this spontaneous pattern formation, however, little is understood how given boundary condition leads to global pattern formation. Here, we demonstrate that the fixed boundary can transform a temporally-periodic, spatially-uniform state to a spatially-periodic, stationary pattern– a novel class of pattern formation mechanism. This pattern formation is not understood by the Fourier-mode linear stability analysis – the standard tool for Turing instability. Rather, by introducing a one-dimensional ‘spatial’ map, the emergent pattern is reproduced well as its periodic attractor, by replacing the time with space. Accordingly, linear dispersion relationship between the period and wavelength is obtained. This provides a general tool to analyze the pattern formation in reaction-diffusion systems, while the boundary-induced pattern formation mechanism will explain several biological morphogenesis, including recent experimental observations.

Operating regimes in an optical rectenna (Vol. 48 No. 2)

Conventional semiconductor solar cells convert the solar spectrum to dc electricity, relying on the photoelectric effect. Their ultimate efficiency is limited to 44% because the entire photon spectrum is used at a voltage equal to the semiconductor bandgap. An unconventional approach is to use optical rectennas, nanoantennas with high-speed diodes. In this work we show how to break the efficiency limit using optical rectennas.

Microwave rectennas are described by classical electromagnetics and have been used for rectifying microwaves with power conversion efficiencies greater than 80%. However, the interaction of high-speed diodes with light is different than with microwaves. Instead, an optical rectenna can operate in one of three different regimes: quantum, transition, and classical.

The quantum regime occurs for weak optical intensities and is subject to the 44% limit because each incoming photon is used to produce an electron at the rectenna operating voltage, as in conventional solar cells. Classical operation occurs when the intensity is strong and the photon energy is low. Here, electrons absorb multiple photons to produce current at higher voltages, as in classical rectennas, resulting in higher solar energy conversion efficiencies that ideally can exceed 80%.

Ionised matter, like plasma, still holds secrets. Physicists working with plasma jets, made of a stream of ionised matter, have just discovered a new phenomenon. Indeed, the authors found a new type of discharge phenomenon in an atmospheric pressure plasma. It has been dubbed apokamp—from the Greek words for ‘off’ and ‘bend’, because it appears at a perpendicular angle to where plasma jets bend. Their findings have been recently published and are particularly relevant for the development of novel applications in medicine, health care and materials processing because they involve air at normal atmospheric pressure, which would make it cheaper than applications in inert gases or nitrogen. This phenomenon can help explain the blue jet phenomenon identified in 1994 in the upper atmosphere, where strange upwards-facing jets develop from thunderstorm clouds.

Optical clock based on 40Ca+ single-ion is a promising option in the program of transportable optical clocks. In such system, one of the largest contributions to the systematic uncertainty is blackbody radiation (BBR) shift. The uncertainty of BBR shift is basically dependent on the uncertainty of the BBR shift coefficient and the uncertainty of temperature measurement on the trap environment which both have a contribution at 10-17 level in fractional frequency units. We report a careful evaluation of BBR temperature rise seen by 40Ca+ ion confined in a miniature Paul trap via FEM modelling. The result indicates that the uncertainty of the BBR shift due to temperature has a contribution of 5.4 × 10-18 to the systematic uncertainty, and it allows improving the clock’s overall accuracy in the future. Moreover, an interesting work has been reported on validating the finite-element temperature model by comparison with thermal camera measurements calibrated against PT1000 thermometers. This work can be used to validate the FEM model of other optical clock systems and to evaluate the temperature in a vacuum chamber measured by thermal camera.

Economics made simple with physics models (Vol. 48 No. 2)

How would you go about understanding how markets can suddenly be gripped by panic? To physicists, using a model originally developed to explain magnetism might make sense. Yet, economists may find this extremely counter-intuitive. Both physical and economic phenomena may possess universal features that could be uncovered using the tools of physics. The principal difference is that in economic systems — unlike physical ones — current actions may be influenced by the perception of future events. This European Physical Journal Special Topics issue examines the question as to whether econophysics, a physics-based approach to understanding economic phenomena, is more useful and desirable than conventional economics theories. One of the features emerging from the issue is that the much coveted idea of universality may be the exception rather than the rule in the economic and the social world. Also, many of the originally proposed models of econophysics can be argued to be simplistic rather than simple. Most importantly, a clear-cut demonstration of superiority of econophysics models over standard economics models has yet to be delivered.

Germany decided to go nuclear-free by 2022. A CO2 -emission- free electricity supply system based on intermittent sources, such as wind and solar — or photovoltaic (PV) — power could replace nuclear power. However, these sources depend on the weather conditions. In a new study published recently, the author analysed weather conditions using 2010, 2012, 2013 and 2015 data derived from the electricity supply system itself, instead of relying on meteorological data. By scaling existing data up to a 100% supply from intermittent renewable energy sources, the author demonstrates that an average 325 GW wind and PV power are required to meet the 100% renewable energy target. This study shows the complexity of replacing the present primary energy supply with electricity from intermittent renewable sources, which would inevitably need to be supplemented by other forms of CO2 - free energy production. 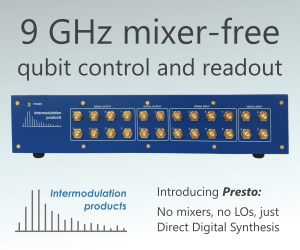