Force transmission bottlenecks as determinants of shear bands (Vol. 46 No. 5-6)

Force transmission bottlenecks as determinants of shear bands (Vol. 46 No. 5-6) 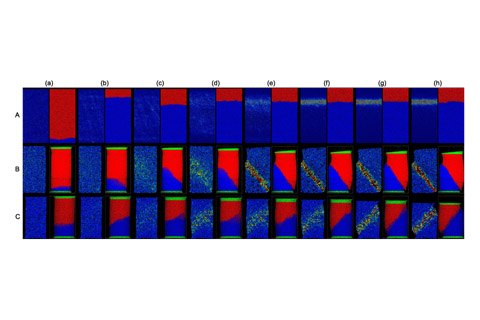 The formation of shear bands (or 'strain localisation') is a key attribute of degradation and failure in soil, rocks, and other amorphous and crystalline materials. Their deleterious effects on material performance is well known, though on the other hand their rich pores provide important conduits for flow in petroleum and natural gas recovery from shale and tight rock formations. Despite intense research efforts, their origin and mechanisms of evolution have proved elusive. Here, patterns discovered from data on sand and discrete element simulations suggest that the early localization of bottlenecks in force transmission is the root cause of shear bands in dense granular media. This mechanism was shown to initiate early in the loading history for initially (globally) homogeneous samples. The finding paves the way for early prediction of failure and highlights promising avenues to explore ways to change its course from inception.